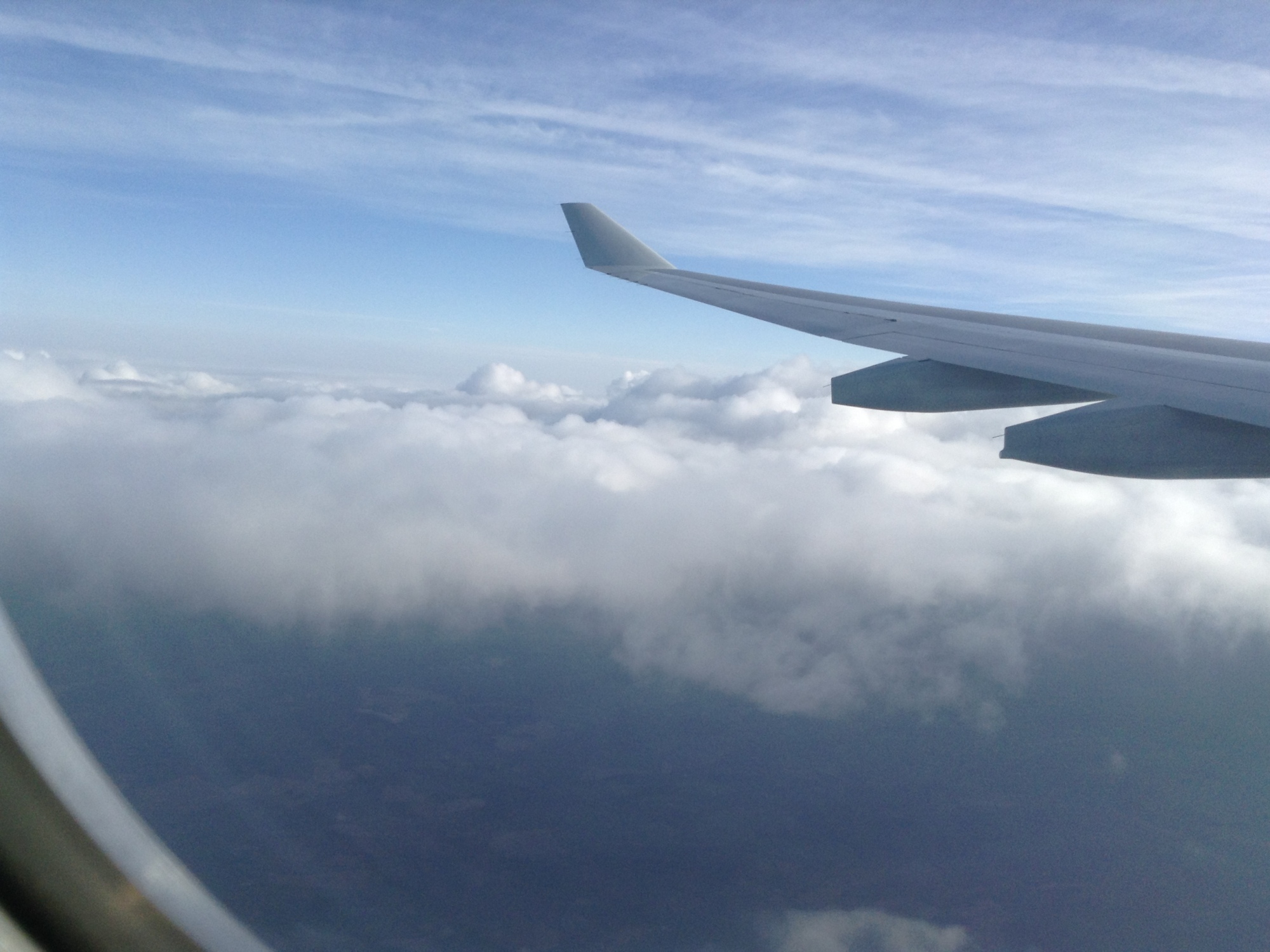 I flew in a plane for the first time in my life.

That. Shit. Was. Bananas. 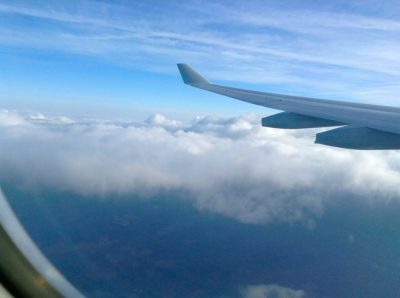 It’s funny how even as an adult, certain new life experiences can make you feel like a 5 year old again, and that certainly describes how I felt my first time flying. I lucked out with a window seat to myself that was right by the wing, which made the experience all the more epic. As the plane took off, I found myself clinging to my seat, excited and freaking out CAUSE I WAS IN THE SKY PEOPLE?! HOW DO Y’ALL MANAGE TO BE SO CHILL ABOUT THIS ACTIVITY?! Soaring above my city at night, watching as everything I know become pixel sized below me on a grid of lights that reminded me of a circuit board – I tell ya, nothing makes you realize how small you are in the world like being able to see the curve of the Earth and how big that Earth is.

People have been saying to me that they cannot believe I chose an international flight as my first, but I can say with sincere honesty that it was an entirely pleasant experience. We took off at night, found ourselves in British airspace in the morning, and I was able to see the coast of the Emerald Isle below me through the clouds. While it was still dark, I even watched Interstellar – which was an experience in itself. Nothing can prepare you for watching a movie about people launching into space, while you’re 40,000 feet in the air, can see your stars out your window, and feel the turbulence of the plane. 10/10 would recommend this 4D movie watching experience. To say it was tremendous would be an understatement.

And so at around 8am, my flight landed, touching ground on English soil, and at that point I began the perilous journey through the seemingly endless and cavernous Heathrow Airport, with my too heavy/awkwardly sized duffel bag in tow. Rule Number One of international travel, kids? GET A FREAKING WHEELED SUITCASE. (But I’ll be touching more on that in an upcoming video) Eventually though, I made my way through, and caught the London Underground for the very first time. (The Picadilly Line to Cockfosters . . . . . . . seriously, England? Who do you let name things?)

That’s where things got weird.

I managed to successfully take the tube to my hostel, only to discover that I’d booked probably the sketchiest hostel I could have possibly booked. Tiny, tiny narrow stairs to a high up floor (with my duffle bag that I already wanted to set on fire), guys at the desk who totally lied about the place’s policies, no locks for the lockers so I had to go out and buy my own, only to return and discover the remaining lockers were broken, realize I’m sharing a room with a rather sketchy lady who says she lives there (even though this is a hostel that has a 14 day stay limit) and labels it the kitchens and bathrooms that say the water is NOT SAFE to drink from the tap. (Even though everywhere else I visited said the water from the sink was fine).

I was not about that life, so after just having booked in, I booked it the hell out of there. Thankfully a awesomely lovely new friend from MuggleNet was able to let me crash with her, and thus began fun adventuring, which pretty much went non stop from there for my remaining two weeks. That very night we met up with some other MuggleNet staffers, and took the tube to London Bridge and walked along the South Bank, which easily became my fave place in that city, to THE GLOBE FREAKIN THEATER.

Safe to say, fangirling levels were at maximum for that one. Thats where I took my first photo of the adventure: me, smiling like an idiot, outside Shakespeare’s Globe Theater. Once I’d calmed my inner theatrical fangirl, I found myself even happier to be reunited with the rest of the MuggleNetters for the convention. I got to see old friends, makes brand new ones, enjoy Pizza Express doughballs – which are pretty much the yummiest things this side of ever – and walk along South Bank all the way to the London Eye. That evening could honest to goodness be described as blissful, and feeling that great after about 27 hours without really sleeping is saying something. But then again, I went to sleep knowing the next morning was probably going to be the happiest day of my life.

TO BE CONTINUED IN – “BREAKFAST AT HOGWARTS”