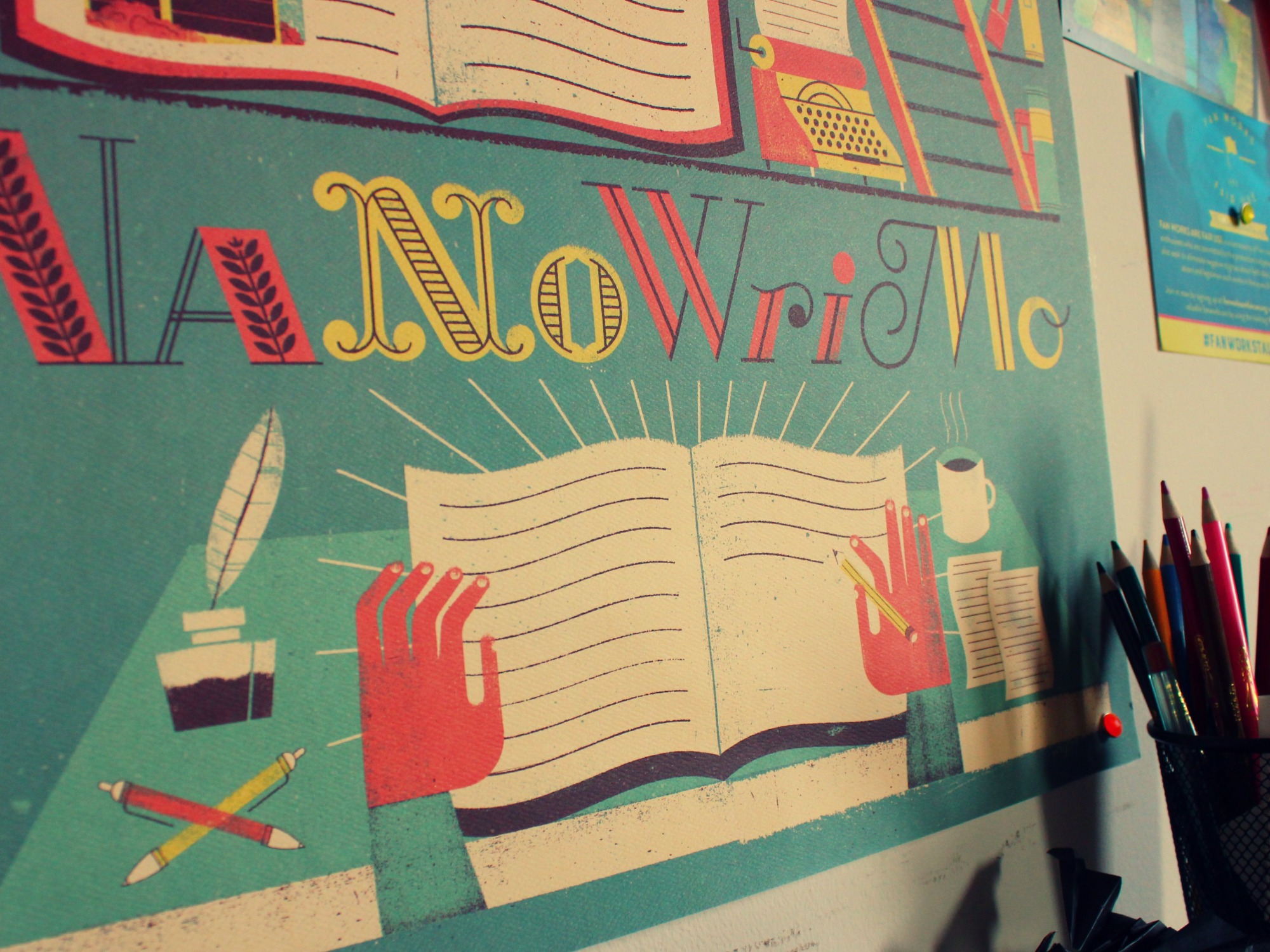 In which Elayna WON NANOWRIMO! Well, she hit 50K words anyway. Watch her flail with excitement & discuss the NaNoWriMo, the #NaNoHouseCup, and her new page on Patreon!

I couldn’t be happier than to have the successful completion of NaNoWriMo be my foray back into YouTubing, especially since other than my adventure to the Studio Tour, the last video I made was during Camp NaNoWriMo in July, which I sadly did not complete.

But I should not be so sad! It was working on that novel for Camp NaNoWriMo that led me to this November’s venture, which currently is a beautifully glorious 50,085 words long. Everything happens for a reason, and I truly feel I was meant to not make it to the end back in July, because my journey wasn’t over yet.

And it still isn’t.

While I’ve slayed that 50K in less than 30 days, there’s about half of my novel left to be written, and I have no intentions of letting the magnificent momentum of the last month slow down. I’m too in it. I’ve never felt so creatively on fire, and I’m loving what I do more than I honestly believe I ever have. I can’t let that die down just because of the holidays. I won’t.

Not only that, but in the three days remaining, I will be running two more #NaNoHouseCups on twitter through the @NaNoWordSprints account, which is sure to be magical. Between the first three we’ve written around a half million words, so I can’t wait to see what people can do when motivated at the eleventh hour when it counts the most.

On top of all of this, my newest video is the formal announcement that I am now a proud member of Patreon, an incredible site that allows writers, artists and creators like myself to make a living doing what they love. Basically patrons can support my work for as little as $1 a month, which may not sound like a lot. But if 100 people a month supported my work with a single dollar, that’s $100 a month, and I can start being able to live better and breathe easier because I’ll be spending my days making ends meet doing something I already love doing more than anything in the world. It’s amazing.

Basically, I’m just basking in the afterglow of this beautiful month, and really, this year. As December 31st gets closer, I can’t help but be reflective of all the wondrous things that have happened, and delight in the fact that there’s still about 30 days left in the year. And while a single month may not seem like much, it can honestly change everything.