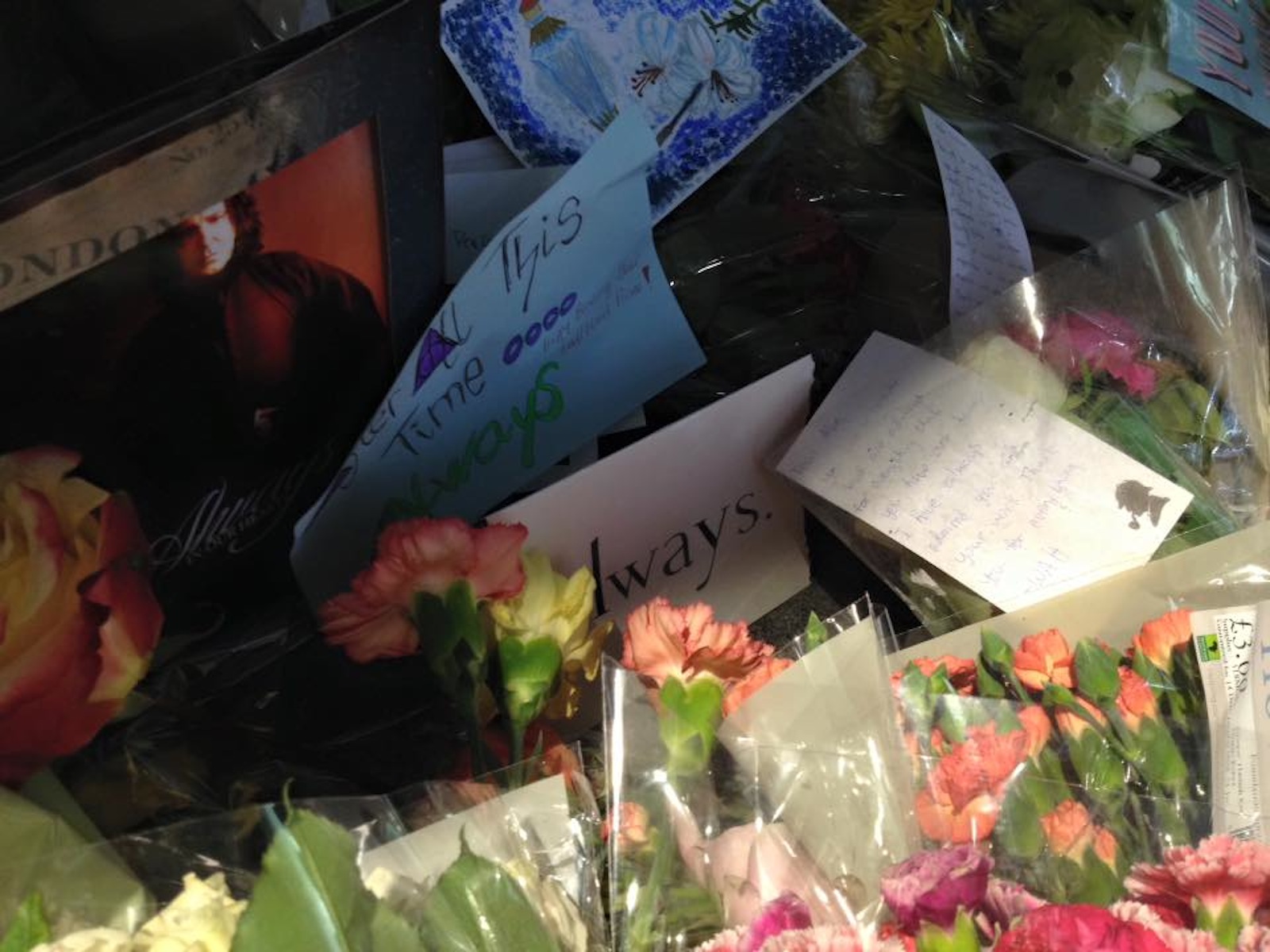 On June 25th, 2009, the world was in mourning. Michael Jackson had died. As someone who was never a big MJ fan, I didn’t understand why everyone was so upset. At the time, I was worried about enough things, for on that very same day, my mother had just gotten out of the hospital. Who had time to worry about a celebrity who had passed when my mother was ill?

The very next morning, my mother joined him. While the world was still grieving over Michael, I began grieving over my mom, and my sentiments of apathy and frustration about everyone’s focus on this celebrity death was only made worse.

As I listened to the world despair that someone had died that they had never met, I was angry. At the time, I was 18 years old, two months from starting college, and now – an orphan. I didn’t understand what everyone else could possibly be grappling with because I was young, scared, and going through more pain at my mother’s unexpected passing than I ever had ever known before. In those moments, I did not think it conceivable that the loss of a stranger could be anywhere near as agonizing as what I was going through. I was heartbroken, and those scars may never fully heal. But because of what I experienced yesterday, I know now that thinking their hurt was any less real than mine, was wrong.

Yesterday morning (January 14th) I awoke to a message from a friend saying . . .

I know how upset you’re going to be today. Just know I’m just as upset and I love ya.

Both shock and fear gripped me. What had happened? What was wrong? Had someone died? I immediately went to twitter, and the name I saw at the top of the trends for a moment made me exclaim, “No, no, no . . .”

Sure enough, it was true. The world had lost Alan Rickman.

A loss of someone I’d never met, which had six years ago been incomprehensible to me, somehow now made sense. With perfect clarity, I began to feel a pain, sadness and confusion that I ‘d never known before. I never met Alan Rickman, and I knew I now never would, but it didn’t stop me from feeling like a friend had just died.

As someone who tells stories, I know the impact that characters, authors, and artists can have on a person – they become like friends to us, family even. I remember being 11 years old and seeing the first glimpses of Alan as Professor Snape, and I would spend the next 10 years of my life watching him brilliantly play one of the most complicated hero-villains I’ve ever seen. I watched him in behind the scenes features, heard stories of his kindness to the kids on set, and from those who knew him best. He was one of my faves.

Then I laughed hysterically because of his role in Dogma, looked for the best in him when he made mistakes in Love Actually, and then he stole my heart in Sense and Sensibility as Colonel Brandon – probably the only other role of his that majorly impacted my life. As with many other creators, he had come to be someone I looked up to, admired, and was inspired by. I’d never met the man, but he affected me.

And thus his loss has been excruciating. No doubt the pain I feel is far, far less than that of those who loved him and were a part of his daily life. Fellow Potter alumni Sean Biggerstaff and Evana Lynch posted beautiful accounts of what an incredibly caring man he was. He was someone who genuinely and freely expressed kindness towards others, even if he barely knew them. He may have spent the years in which I knew him playing a Slytherin, but these accounts have convinced me: I believe Alan may have been a Hufflepuff, and it has made me connect with him all the more now that he’s gone.

His characters will live on forever. That is the beautiful thing. His vulnerability exhibited with the utterance of one word – “Always” – will continue to inspire strength for generations to come. But for me, Alan’s death, tragic though it may be, has helped me understand something that I didn’t all those years ago.

It is okay to mourn someone you’ve never met. Was Alan just one person who passed in a world where people are dying every minute of every day? Yes. Does that make the impact of his loss any less for those who looked up to him, were inspired by him, and connected to him? No. I couldn’t possibly understand this as an 18 year old in the wake of the greatest loss I’ve ever known, but as a 25 year old who has just experienced the loss of an artist who helped shape me, I can.

As you go through the internet in the next few days, there will begin to be people who say things like – ‘Get over it, already!’ or ‘You never even met him, so you have no right to be sad!’ – I encourage you to exhibit what I’m sure someone like Alan would have. Be patient and understanding, for they may not understand. This kind of loss is unique, and for those who may never have lost an icon they looked up to, it’s not a feeling they can relate to.

Forgiveness of those who don’t sympathize with you is key – but I write this so that in reading it, you can also know you’re not alone in this. There is a whole community of us who feel it too, and who want to pay tribute. This is a sadness felt ’round the world, and as Albus Dumbledore once reminded us at a time of great loss:

Now the pain we all feel at this dreadful loss reminds me, and, reminds us, that though we may come from different countries and speak in different tongues, our hearts beat as one. – Albus Dumbledore (Harry Potter & The Goblet of Fire film)

May we remember Alan and his legacy, always. /*

(Featured Image Photo taken by Claire Furner at Kings Cross Station in London, where a memorial for Alan Rickman began to form at Platform 9 3/4.)