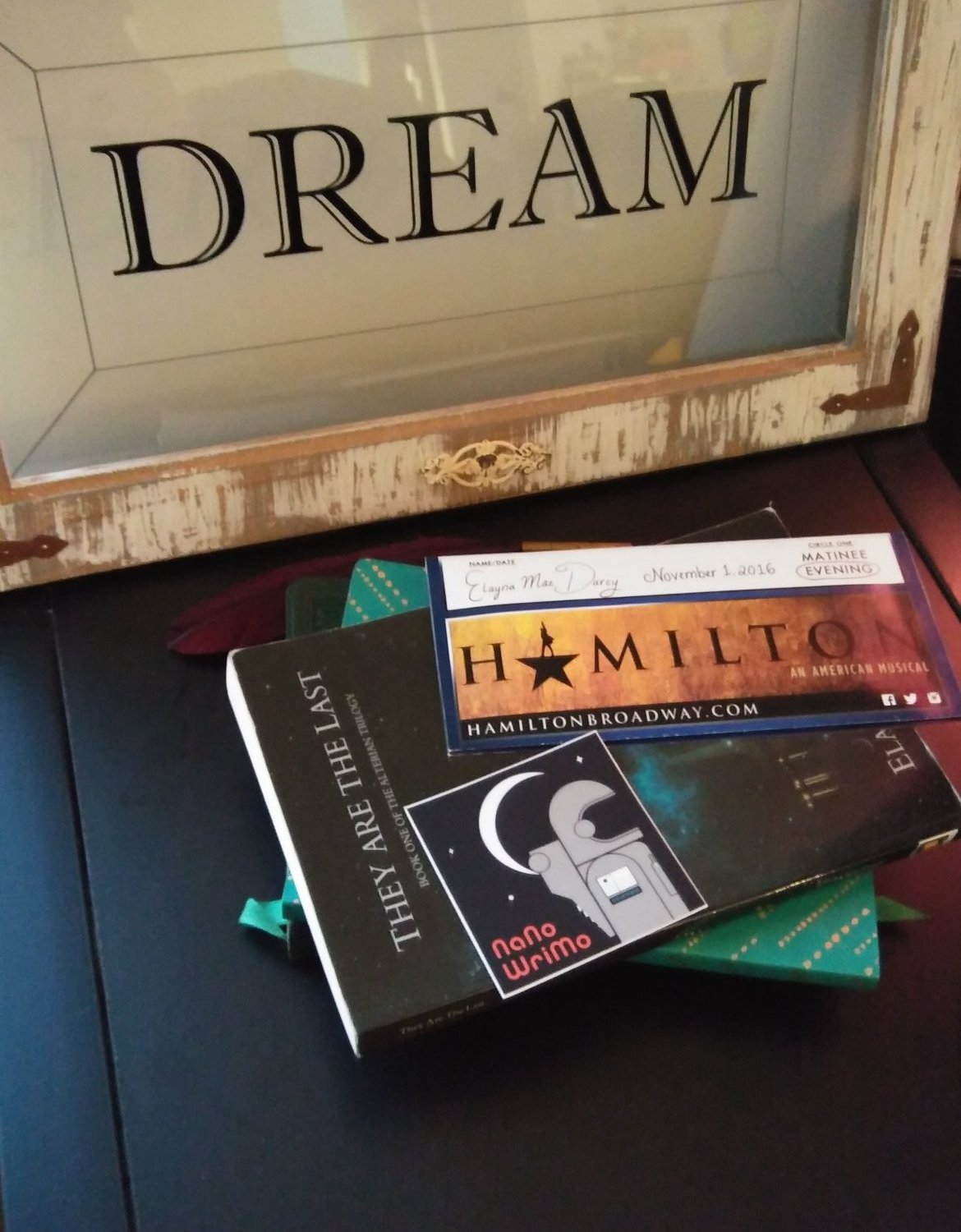 This morning, I’m waking up at the crack of dawn for a moment I’ve waited almost a year for. As the sun rises, and the crisp November air bites with both a chill and a promise, I’ll be off to see Hamilton in New York City.

Today also begins another NaNoWriMo adventure; my twelfth attempt in thirteen years. I’ll be taking the month to punch my rewriting efforts to warp speed, with the intention of completing the new draft of They Are the Last before the month is out. I’ve spent months chipping and hacking away at bits and bobs of a second draft, but now’s crunch time. Do or die. Write or—well, there really is no other option. There is no try, there’s only the words.

And lastly, today is the day my Inkshares campaign should have ended, had I not cancelled in back in September. On the verge of such excitement and success and fulfilling of dreams, there is also a small sense of sadness that I didn’t accomplish what I’d set out to back in February with my campaign.

So many people, my hero J.K. Rowling included, have spoken on what it means to fail, and how it builds you as a person. Hank Green recently did a video about his own experiences “failing” at a convention that’s adored by hundreds. I “failed” at a campaign to fund a book, but made friends and connections and gained experiences that already have, and will continue to shape me. Some of the things I learned haven’t even fully hit me yet, and won’t until the moment is right. But here’s what I do know.

This year has been immeasurably incredible. I’ve fallen hard—my campaign, my financial instability as I search for a job that’s right for me, my depression and anxiety flaring up and making some days feel impossible to function through. But I’ve also seen and done things this year that I could NEVER have fathomed possible, with two whole months more of that to come with who knows what sort of magic.

I’ve dreamed of things, sometimes things bigger than the world has told me I should dare to. Last year, I said I wanted to see Hamilton. “IMPOSSIBLE,” cried everyone. Yet here I sit here with my ticket on my desk. I wanted to get my book published, but instead managed to be part of an anthology to be published by Nerdist Industries. I dreamed for so, so many things, because in my heart, a dreamer is what I always have been and always shall be. But in the process of bringing these dreams to life, there have been, and will inevitably be, more moments of failure.

I will fail, so I can savor the dreams. I will dream harder, so I know that when I fail, there’s still something to fight for.

“We do not need magic to transform our world. We carry all of the power we need inside ourselves already.” —J.K. Rowling

Happy NaNoWriMo, everyone. Here’s to the failures sure to come, and to the courage to strive for our dreams in the face of them. After all, there’s a million things we haven’t done, but just you wait…

One thought on “Failures & Dreams”