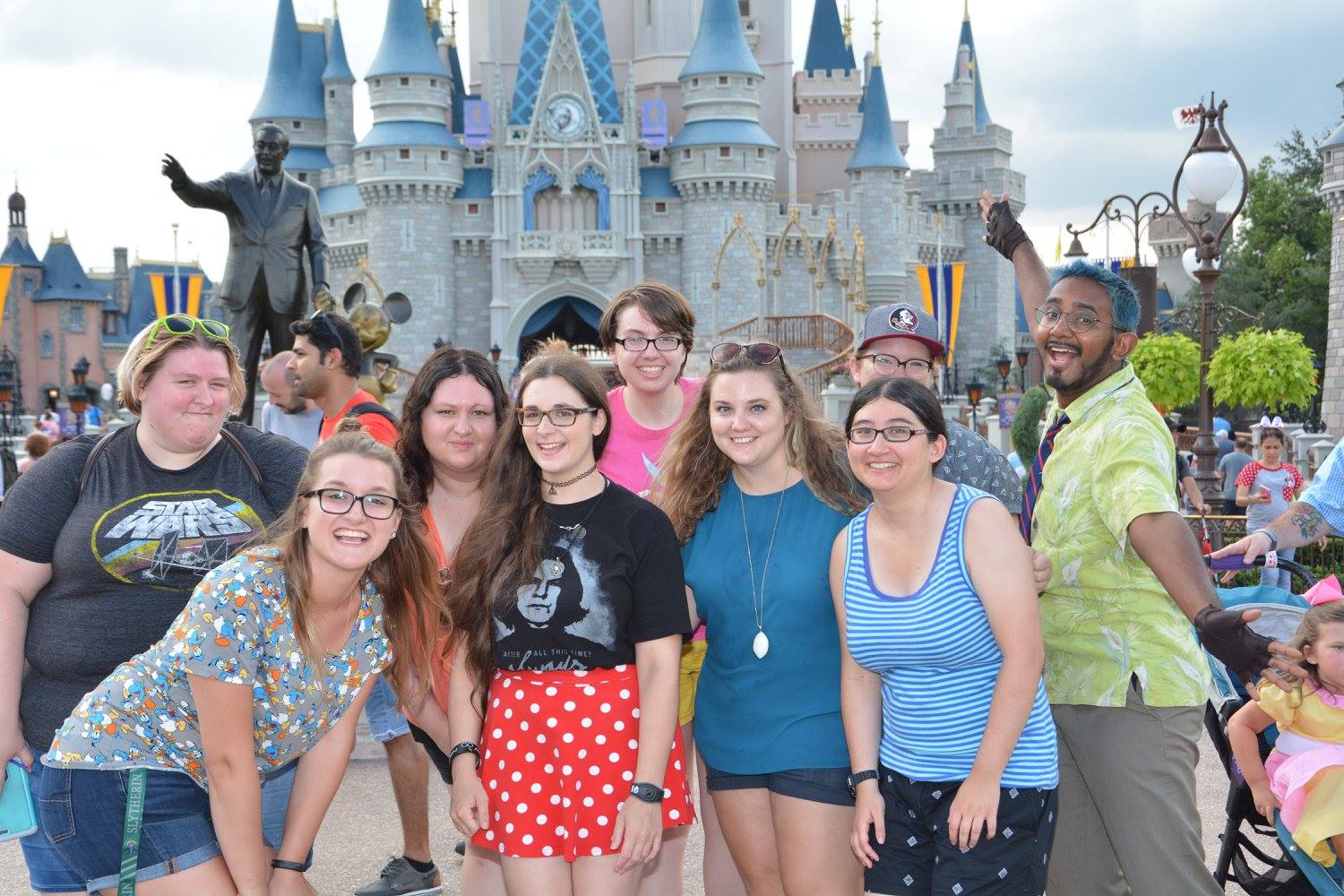 I don’t remember much of my life before Harry Potter, mostly because there isn’t much to remember. I was 8 when my sister first tried to get me to read it, and because I’d never read a novel before, I didn’t finish that bad boy until I was 9. But once I finished the first installment, books quickly became the loves of my life, and I’ve never looked back.

I have always felt so lucky to have grown up in the Potter Generation—falling in love with the books as a child, being 11 when I saw the first film, being the same age as the trio as they grew too. My life has always been bound to this book series. Hell, more than anything, it is J.K. Rowling who first inspired me to pick up a pen and tell my own stories. But there was one element of the Potter experience that like a good wine, only got better with age, and that was my experience with MuggleNet.com.

I must have been 10 the first time I came upon it. I didn’t even know the word fandom then. Social media did not yet exist. But MuggleNet did, and my love of that site and the feeling it gave me a sense of belonging that I had never felt anywhere else. In school then, being a nerd wasn’t cool. I got made fun of for carrying around books that were hundreds of pages. I was called a loser for daring to believe in a story about witches and wizards. But when I logged on MuggleNet, people from around the world were as excited as me. They were teaching me how to make Butterbeer, freaking out about who got cast in their favorite roles, and there was speculation for days about how each of the books would turn out before they were released. It was the closest I’ve ever come to witnessing real magic.

So when I graduated college, and got my internship with MuggleNet, it was a dream come true. I’d lived for their in depth theories, always loved their memes, and it was an unfulfilled item on my bucket list to see a live MuggleCast show. It was the most incredible thing watching the friends across the internet that I’d never met start to become real people who were there for me when times got darkest. When I became staff on November 3rd, 2013 (Sirius Black’s birthday), you’d have thought I got an actual acceptance letter to Hogwarts. That was also the year we learned Fantastic Beasts was happening. I remember making some cheesy graphic called us The Fandom That Lived. It was everything.

The last five years with them have taken me from the Studio Tour in London where I opened the doors to the Great Hall, to the cafe in Edinburgh where Jo wrote the books. They’ve put me on panels at New York and San Diego’s Comic Cons, sent me on boat parties for the SyFy channel, and got me to the red carpet premiere of Fantastic Beasts. ​(Where with my own eyes, I saw Jo in real life!) I have watched people come and go, but have also made friends that I know will be with me ride or die for life. But one of the most surreal moments came last summer, when I attended the Nineteen Years Later event on Sept 1st.

I thrilled to be there because of the significance to the books, but that night also was a night in which I felt like I came full circle as a creator. Remember that bucket list item I mentioned? (It was seeing a MuggleCast live show, in case you forgot already.) They did a show that night, and so even though it has been years since I have listened to their show, having this moment happen on such an auspicious day was the thing that finally made me cry from joy. (For the first time that night, anyway. There were lots of happy tears. Looking at you Cheyenne… 👀👀)

But what made it so astronomically unreal, was that not only did I finally get to witness my fave podcasters from childhood do a show, but I actually had several people come up to me and say the phrase, “Are you Elayna from SpeakBeasty?” One of them asked to take a photo with me, and I damn near lost my shit entirely. So basically, on the night I saw people who inspired me, I met people inspired by me. That folks, is the dream.

By now you are probably wondering why I’m spending a random Thursday gushing about MuggleNet being basically the best thing to ever happen to me. But it is because as of this week, I did something I honestly never thought I would have the Gryffindor guts to do, and that was step down from my role on the Social Media Team and as a Producer of SpeakBeasty.

While MuggleNet has given me, like, all the top five best moments of my life, I have come to a point in time where I am coming into my own as a creator. Years and years worth of collaborating on projects and helping others create content has been the honor and joy of my life. But as I began to in my post My Turn, (where I spoke on chasing my publishing dreams) it became apparent that I no longer had the kind of time to commit to something that was as big a responsibility as MuggleNet had become, while still focusing on my own work. It breaks my heart to walk away from something that has meant universes to me, but like Harry, I have to know when its time to pursue my own destiny. This quote from the fourth Potter film said it best…

Soon we must all face the choice between what is right and what is easy.

When I look at the two paths I can take, the one where I go off on my own and try to chase my dreams of being a writer is terrifying and scary. Continuing to stay in my fandom bubble while my dreams are put aside would be the easier, safer road. I am so goddamn scared to do this. But the line which follows the above quote reminds…

But remember this: You have friends here. You’re not alone.

MuggleNet has always been home, and the friends I have made there will always be family. And though it is the end of an era of me working for them, by leaving, a new era begins of working for myself, with my beautiful magical friends I’ve made still be my side, reminding me I have the strength to do this.

Thank you MuggleNet. Thank you for making my life magical… always…

One thought on “End of an Era”