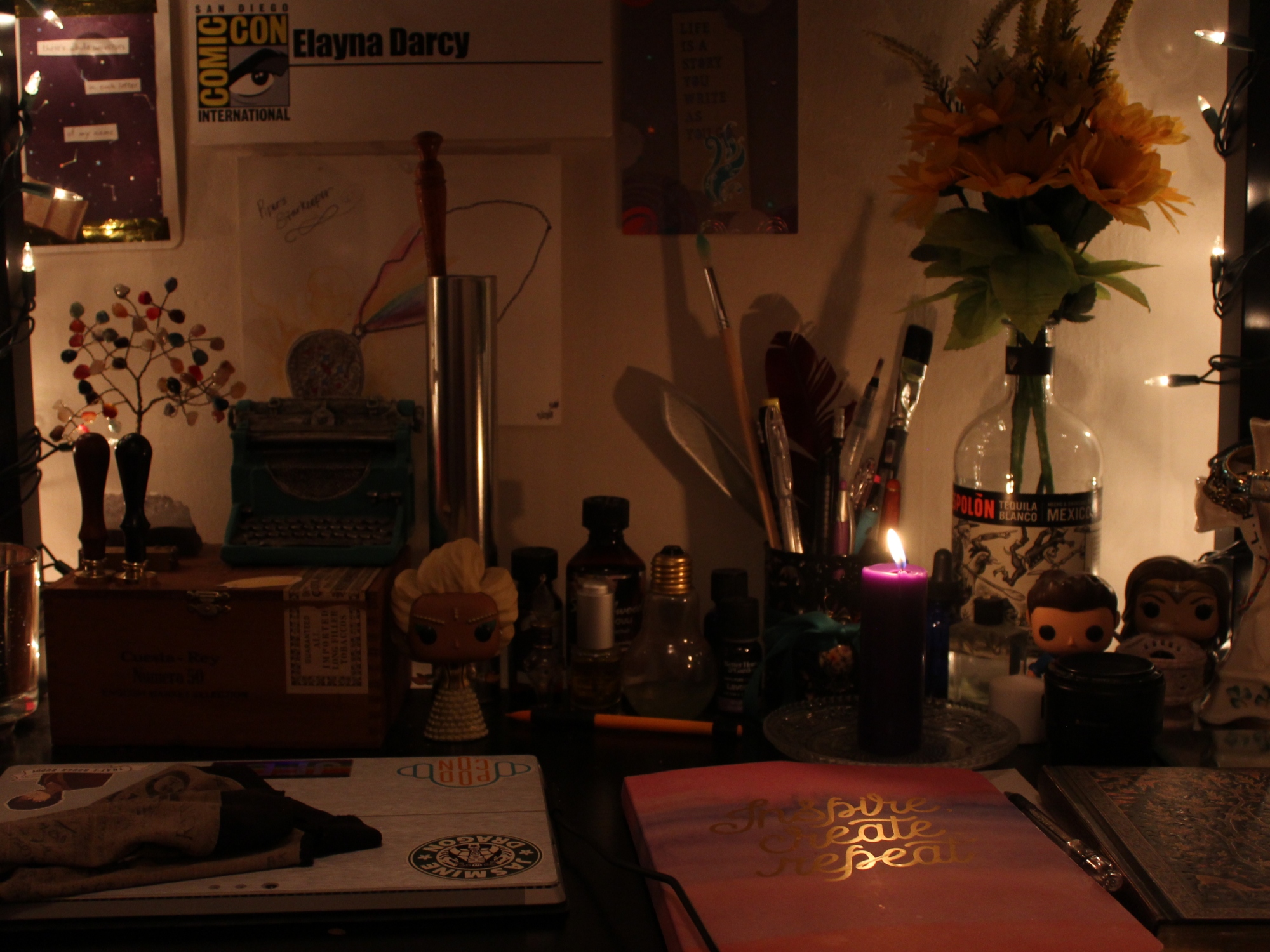 It’s that time again, friends. For what you ask? For one of my good ole fashioned LIFE HAPPENS SO MUCH posts where I decide randomly in the middle of the night to unpack some emotions and share the boatload of news I have about things lately. Strap in.

For one, DARKNESS UNDONE is very nearly, well, done. I submitted the final cover and PDF for the book to IngramSpark, the fine folks who will be printing and manufacturing my second little book baby on behalf of Magic Key Media, my publishing imprint. Once the files are accepted, I will be able to order the proof, and then the backer copies, and then we can all have us a nice collective happy cry this October when we all get to hold it in our hands. (Well at least I’ll def be crying. Join me in that at your peril.)

In addition to that, I have been working on a number of fun secret things which I will be announcing very soon. Like, before this month is out soon. They involve things you will be able to purchase which will enable me to continue doing this whole writing for a living thing that I’ve been attempting to make a reality all these years. Woo hoo!

Honestly, when I think about the past year, the final year of my 20s, (yes I will be 30 next week!) I feel like I have lived an extra lifetime. Between [gestures wildly at everything] that is 2020… the pandemic, the election, the public outcry of justice for Breonna Taylor and George Floyd and Ahmaud Abery and god does the list go on. It’s all been heartbreaking. Devastating at every level of the word. Exhausting as all get out to process trauma after trauma, day in, day out. Watching Americans die from this virus and police brutality and fires and hurricanes and… uuuuuuughhhh.

But to say this time has been without personal growth would be a lie. As I’ve watched hundred of thousands lose their lives because of our selfish governments decisions, I’ve realized that no day job or government system is going to save me from this shit. They don’t care if I live or die from this virus. And so I have to give a damn for my own self. For Black lives. For everyone in this country that’s just trying to survive long enough to see a vaccine and what the world will look like After it. I have to chase every dream I have, cause Lord knows how much longer I, or any of us, have got left in this hellscape.

So I’m writing. Intensely. While I wait on copies of my poetry book to be approved and shipped, I’ve decided to spend this last week of my 20s digging in on finishing the fifth—yes, FIFTH—draft of Still the Stars. (aka, the Book Formerly Known as They Are the Last). I made the decision to do this last night as I was hanging out around the twitter, chatting with some writer friends, and reflecting deeply on how I want to end this absolutely unreal decade of my life.

I want to begin my 30s on my terms, even if the world wants to crumble around me. I won’t let it take me down with it.

In making this call, I decided to record a little video update, which I do from time to time to share where I am at in my Alteria series progress. The funny thing is, I have been doing that intermittently over the years as I have worked on draft after draft of this book, and I always end up uploading them to this one folder, where they remain, collecting dust, until I decide one day to maybe do something with them. Honestly, that day might never come. They might remain in that folder forever, just for me. To remember where I’ve been. To see how far I’ve come.

But as I was uploading the latest installment, I noticed something interesting… there was a file in there labelled with “20160914”… aka, the date four years ago today. 🤔 I was surprised to see that in there, because I could not remember what it was I had vlogged about. And when I opened it, my heart caught all the feelings and I remembered.

Four years ago today was when I ended my Inkshares campaign.

Those of you who are day ones around here and who have been following this blog over the years may remember the Inkshares days. Back when I tried running a crowdfunding campaign to publish my first novel. Looking back, I was such a newbie. I really knew nothing of the publishing world and how any of this worked. But I was hopeful. In the video, I spoke with a sad voice about how I wish I didn’t have to end it, but how it was no longer a viable option. How their changes in management made me realize they could be the last company I could ever be prevailed upon to publish with. (Excuse the reference, I just recently watched the 2005 Pride & Prejudice and it SENT ME.)

But there was hope in 25 year old me’s words. There was a fire that I still have for this manuscript, even four drafts and COUNTLESS changes later. Since then, I’ve been on comic con panels and published a short story and am nearly ready to publish my SECOND full collection of poetry. I left MuggleNet and I left my day job to pursue freelancing. I found home at Indy Hall. I found myself and figured out my identity in the weird experiences along the way. I’ve come so far.

And still, there’s so far to go.

I know 2020 has been bleak as fuck y’all, but friends, I mean this when I say, I still have so much hope. And not just for me. But for you too. For all of us. No matter what comes, I refuse to give up. And I hope this rambling post might make you feel the same.

Now, off to write the rest of this book for the fifth time. 🙃 See you on the other side.

One thought on “So Far to Go”