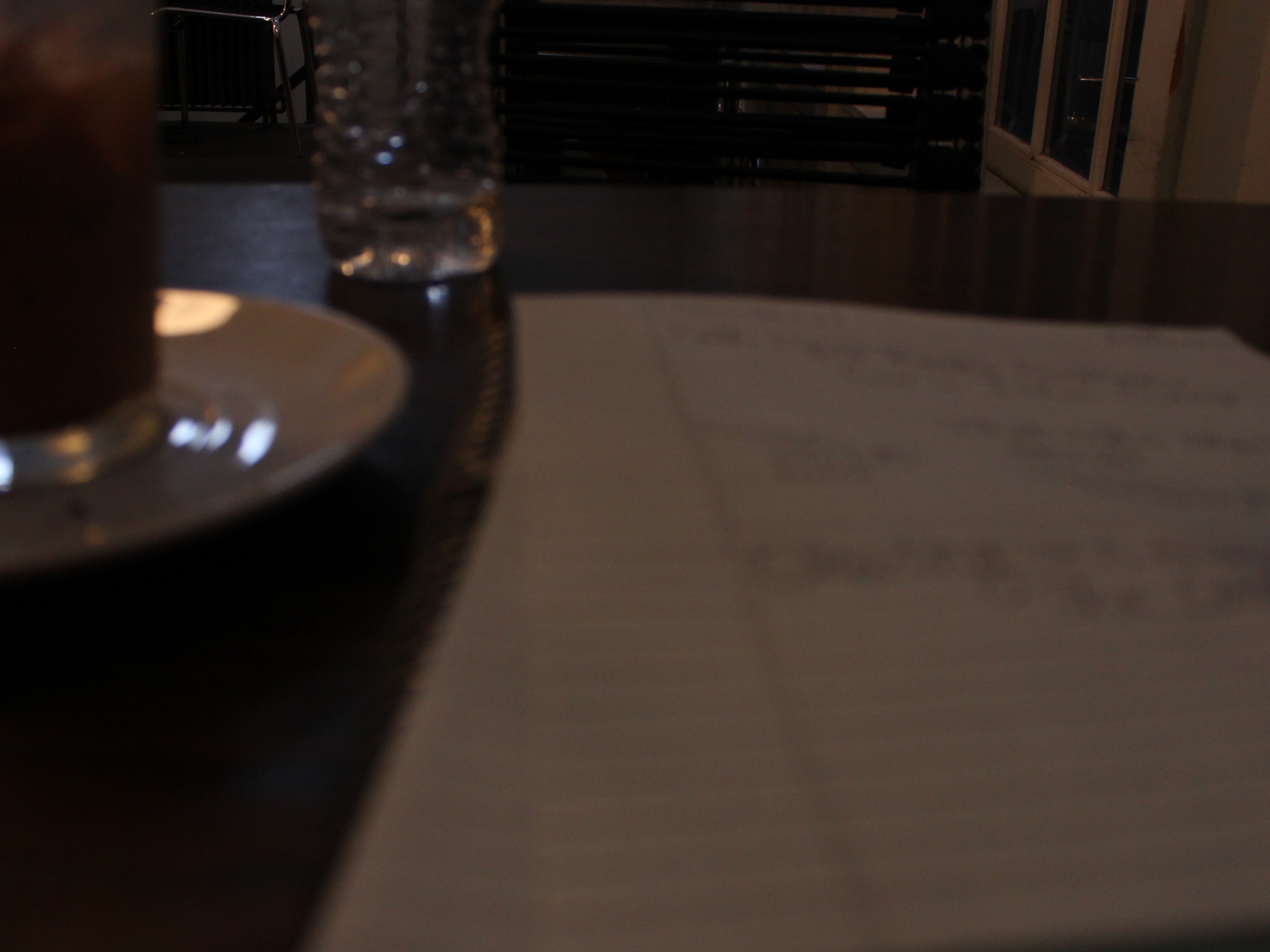 This post is coming a day later than it should, but there’s just something about a day where not a single word happened that can feel discouraging.

Now to be fair, I got quite a bit of brainstorming done, and also completed a layout for how I want the next several chapters to go, but I also found that as I was sitting in the cafe thinking of these ideas, I was getting more worried about what kind of video I would make when I got home than I was about writing what I’d been planning, which is not good.  Part of this month’s writing experience, and my journey as a writer/blogger as a whole, requires that I be honest with myself, and if I’m being honest in this moment, I was so determined to do a vlog about my writing every day, that I wasn’t writing as much as I could or should have, and given the words are what this whole month is supposed to be about, this made me feel like I was heading in a bad direction.

SO! That being said, as I head into week two of this writing/blog&vlog extravaganza, I’m going to try something a little different, based on an idea I had while in the cafe on the night of the 7th.

The thing is, I LOVE finding new places to write. It physically gets me out of my normal head space, which is extraordinarily helpful for me trying to come up with new things and look at things from a new perspective.

“I stand upon my desk to remind myself that we must constantly look at things in a different way.”
-John Keating, Dead Poet’s Society

I honestly think about this phrase whenever I’m feeling trapped in a rutt. In addition, as a photographer and journalist of my own life, I love capturing moments in time, via both images and words, which frankly is why you’re sitting here reading this. So as I sat in that cafe the other day, I decided the new direction I’m going to go in for the videos.

WRITE SPACE is going to be a new photography/writing project I start this week in which every day, I must go somewhere new, that isn’t my apartment, and write. What else will I do? I will bring along my camera and take a photo from my perspective of where I’m sitting, so as to capture not just the moment of writing what I’m writing, but the space in which that work was written in. How does this become a vlog you ask? Each of these days, in addition to a photo, I will capture little bits of footage of those spaces and on July 14th, I will release a video featuring each of the spaces I spent my week writing in (from the 7th to the 13th) and perhaps talk about the experience of it at the end of said video. As I go through this experience, I will still post a new blog each day, and that blog post will include my progress of what I wrote about in those spaces. So while I won’t be having a video released each day as I planned, I will be writing, which is what matters.

If being a writer has taught me anything, its that sometimes things change along the road of your story. Plot twists change your path, obstacles and roadblocks get in your way, and characters decide to change their minds and do what they want. So before you know it, you’ve gone from a miserable 11 year old on Privet Drive to a legendary hero who’s sending your children off to Hogwarts when all is well. I can’t predict where this story – or the journey of writing it – will take me any more than Harry could have predicted his, but you know what? I think that’s fucking beautiful.