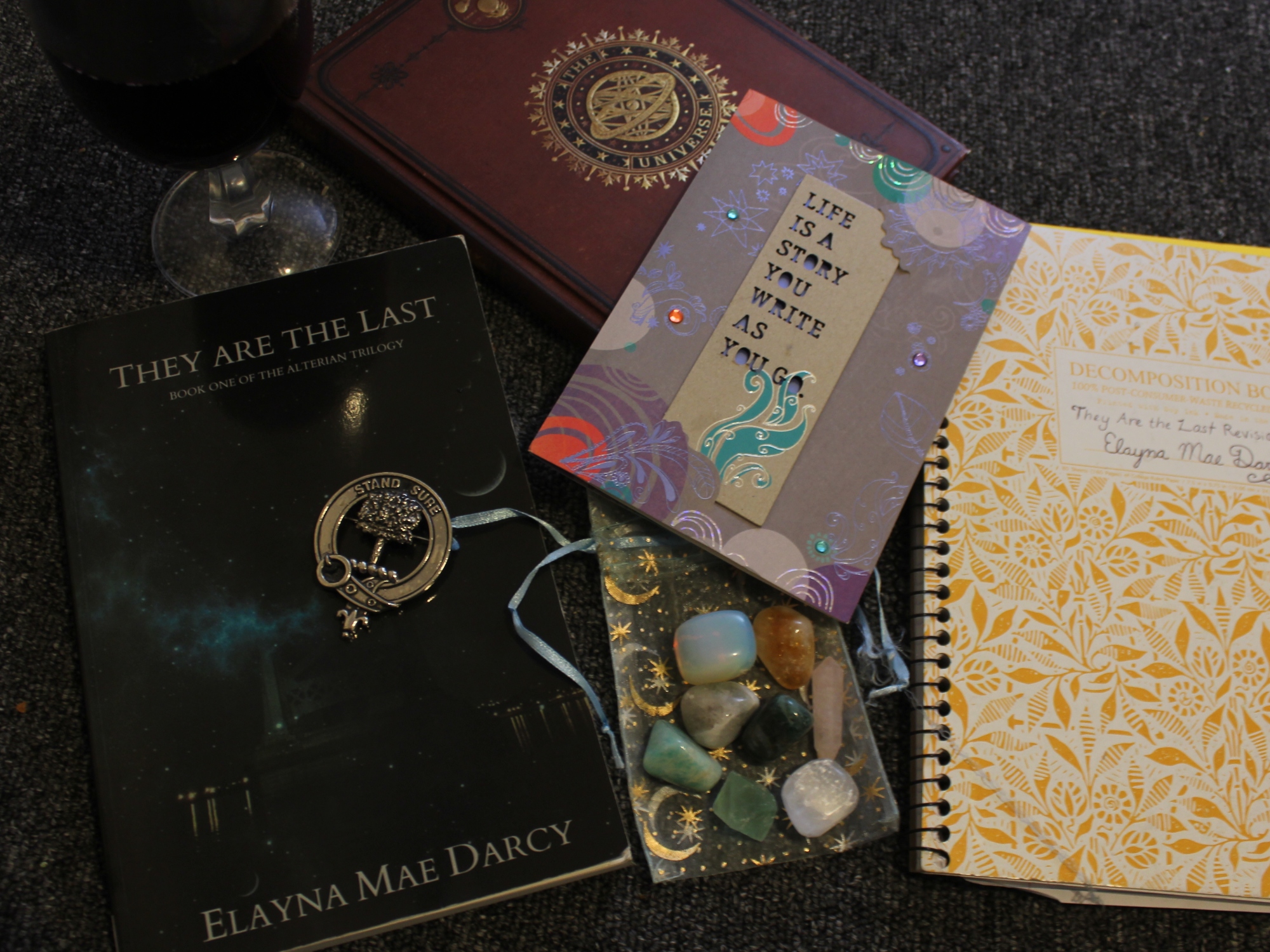 So the last two years in a row, I’ve written blog posts to commemorate the anniversary of when I started writing the first book in my Alteria trilogy, They Are the Last. Seems only fitting that I should continue the tradition, giving that this year, I’m working on book two’s first draft, and even better, I’m almost done.

What a journey this story and I have been on in the last twelve months.

In that time, I managed to AT LAST finish the second full draft of the first book, which I wrapped up with insane amounts of joy on the night of July 31st/the early AM hours of August 1st. The story became more concise, despite the addition of some new chapters and characters. I grew so much as a writer in that time period and felt so accomplished that this was the first time I’d ever completed a second draft of something. It was a draft nineteen months in the making, and while it still needs another round (or several) of revisions, it is in the best shape it has ever been.

It was the completion of that story that finally led me to begin to plan Book 2, which is currently titled You Are the Dawn. This book got considerably darker, and also split into a few different perspectives. (More so than the first book anyway.) This book includes a deepening of Alteria, with the introduction of new characters, new world elements, and even new dimensions. I planned the heck out of it from August to October, and then rolled ’round another season of NaNoWriMo, which I was happier than words can say to have finished in the final hour.

Since finishing that first 50,000 words of the books, I’ve been slow-walking the completion of the book, since there’s been a bunch of other creative endeavors, and also some intense personal life events, that kept me from finishing. But recently, I’ve felt incredibly inspired by a number of authors I’ve been following on twitter (looking mostly at you Tomi Adeyemi and Julie C. Dao) and it has me on a path to complete the draft. One step better, I will hopefully be finishing it this weekend.

As of this writing, I’ve got three and a half chapters to go, a whole battle sequence to write, and a cliffhanger ending to pen, which hopefully will leave any future readers both very excited and angry with me. *author side eye smirk*

Looking ahead to what comes next—as I try to grapple with the fact that this story’s now older than I was when I came up with it—once draft one of book two is finished, it’ll be back to working on the third round of edits for book one. Then comes the brave new world that is querying to get the book picked up by an agent. I am both horrified for days and excited to infinity for this process to begin.

I sent out a few queries in the fall, not long after I’d finished TAtL, but was met with my first three rejections. One of them was from one of my top dream agents, so that was a sad pill to swallow. But I’m glad for it, because it made me realize the draft still needs work, and that is not a bad thing. I want my book to be the very, very best it can be before an agent decides to take it on. And even though that means taking longer than I’d like, I’m willing to take that time and care if it means a better outcome awaits.

With the completion of They Are the Last draft three, and You Are the Dawn draft one, a completely new and uncharted part of this journey will begin. I’ve no idea if this will be the year I finally get an agent or not, but I’m praying hard that this is the one.

Till then, however, I am just so, so happy that after all these years, I’m still trying to tell this story. I feel so blessed to get to explore Alteria and its universe in my imagination, and every moment spent writing about Piper and her companions is something that fills my soul with hope. Even on the hard days, when the words don’t come easy, or when life comes at me hard, I’ve still got this story inside of me. And until the golden day when I get to share it with the world, having it in my heart is more than enough.

3 thoughts on “The Adventure Continues…”